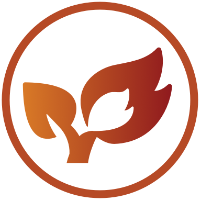 Welcome to the CodeX Blog—we recently talked with cancer patients, survivors, and advocates to hear their stories and learn more about their perspective through the cancer care coordination process. CodeX (Common Oncology Data Elements eXtensions) is a HL7 FHIR Accelerator, launched at the end of 2019, that is building a community to enable interoperable cancer data modeling and applications that lead to step-change improvements in cancer patient care and research.

Bias in Healthcare is Deadly

“It’s almost like negligent homicide. Because of the bias that’s there—whether it’s explicit or implicit—is resulting in these people—patients of color—not receiving the full scope of care that they should be.” Jamil Rivers is a person with breast cancer and the Founder of The Chrysalis Initiative. The Chrysalis Initiative is a patient advocacy organization looking to disrupt harmful disparities in accessibility, quality, and outcome of cancer care. Looking at the source of disparities is the first step to rectifying them, and The Chrysalis Initiative provides equity assessments that evaluate all types of healthcare services that offer cancer care. The assessments evaluate whether the experiences of patients of color differ from White patients. When Jamil first started the equity assessments, she expected around 50% of patients of color to experience racism and bias. However, Jamil quickly discovered that this number was much higher, “90% of our preliminary data indicated that they [patients of color] were receiving substandard care and experiencing racism and bias in their care.” According to Jamil, many medical providers and researchers are cognizant of racism and bias affecting patients, but few understand the true pervasiveness of explicit and implicit racism in patient care. Even biases that at first glance seem trivial can be deadly because each action based upon bias deteriorates the quality of care a patient receives.

“Do they have the sufficient resources to trust and verify? It’s the same thing with law enforcement and education and other aspects of society. If you are a person of color, you understand that you might have to potentially do those extra verifications.” Jamil, like most people of color, experiences racism in many aspects of modern-day society. Therefore the skepticism seen in communities of color towards healthcare providers is rational. Jamil shared “It totally makes sense to have that skepticism and it can be healthy. The only way it can be dangerous is if you’re not engaging with the medical system at all.”

Jamil explained, one specific reason people of color are skeptical of the healthcare system is because of disparities in continuity of care caused by racism and bias, “If you [the medical provider] don’t value a Black or Brown life the same way you value a White life, then it’s hard to make that connection that it should be that same level of urgency and continuity when ensuring that person is getting optimal care.” Jamil detailed how many patients of color notice disparities in the quality and continuity of care that they receive, “I run into situations where despite the standard operating procedures, White patients will receive a certain level of care and continuity, but Black patients don’t. And, when the Black patients or Brown patients ask about it and say, ‘Well why can’t I have access to that?’, there are sometimes intimidation tactics brought on and hostility, or they’re threatened to be discarded from the health system for questioning.”

Ivis S. is a breast cancer survivor and patient advocate who works to enhance the quality of care of Asian, Black, and LatinX patients. Racism and bias are not the only factors challenging the trust between patients and the healthcare system. Structural barriers prevent access to better care for many—including language. During her work as an advocate, Ivis encountered many situations where English was the only language used in consent forms. Ivis even had to ask health administrators – “If you weren’t French and an informed consent form was in French, would you sign it?” – because even when some healthcare providers know a patient can’t read English, they still give them consent forms in English. Consent forms are not the only area that language barriers deteriorate patient-provider trust. Ivis was once working with a panel of young doctors and did a mock cancer diagnosis of a doctor in Spanish, and then said, “Now you know what it feels like, to be diagnosed with a deadly disease, where you know nothing [about] what they’re telling you, but you do understand the word cancer and know that it can be deadly.” All of the young doctors’ worldviews shifted, because they had previously subconsciously assumed that it was the patient’s role to understand the diagnosis—even when it was in an unknown language. This language barrier is just one of many barriers that minority patient populations might experience, throughout their cancer care.

In addition to biases based on race and ethnicity, there are other types of bias that negatively impact cancer care. Ivis directly experienced the negative effects of bias as a young mother. Because of her age, Ivis’ OB-GYN doctor continued to assure her that the sensations she had been feeling in her breast for 18 months was normal. “The bias was that I was a young woman—and I was healthy—so I was not the norm.” Ivis’ diagnosis was delayed for 18 months because of her doctor’s ageism, and in October of 1993, she was diagnosed with breast cancer. A few days before the diagnosis, a sonogram showed something bigger than a dime in her breast. Ivis was told to come back after 6 months, but she demanded to see a surgeon immediately based upon what she had read from a magazine on breast cancer symptoms. Ivis went to call the surgeon and realized something shocking, “I realized he was in the same office building [as the OB-GYN doctor], and then they gave me the directions and everything and I realized he’s actually on the same floor as my OB-GYN.” It turned out that the surgeon who would diagnose Ivis with breast cancer was only a few feet away across the hall from her OB-GYN. “Something that really stood out to me was that this doctor [the OB-GYN] could have said, ‘You know she keeps questioning, she keeps saying something’s wrong, let me take her to [the surgeon]’, but that didn’t happen.” A few days later Ivis found out that she had cancer based upon the results of a biopsy. Ivis’ OB-GYN’s bias prevented him from being proactive, listening to Ivis, investigating her concerns, and he never once decided to consult his nearby coworker—the surgeon—who ultimately diagnosed Ivis. Despite being diagnosed later than she could have because of her OB-GYN’s bias, Ivis is now a two-time breast cancer survivor and patient advocate. Unfortunately, countless other patients who face biases are not as fortunate.

Better Data can Lead to a More Equitable Healthcare System

Bias and structural barriers in healthcare can be alleviated using standardized data. Jamil explained, “The more data the better, and the more tech the better.” By streamlining the process of interaction between the patient and provider and limiting manual entry and collection of data, bias can be curbed or eliminated. Also, data that is standardized can provide insight into disparities in quality of care. Many White service providers are not cognizant of their biases or don’t realize the effects of their biases, but after seeing data from equity assessments their eyes are opened. “Once you see, you can’t unsee. It just makes their engagement with patients of color that much better. And, they’re also holding other staff members accountable to make sure it’s equitable across the board.”

Omkar Ratnaparkhi is a rising senior at Fordham University and is sharing patient stories to highlight firsthand accounts of the cancer patient experience.