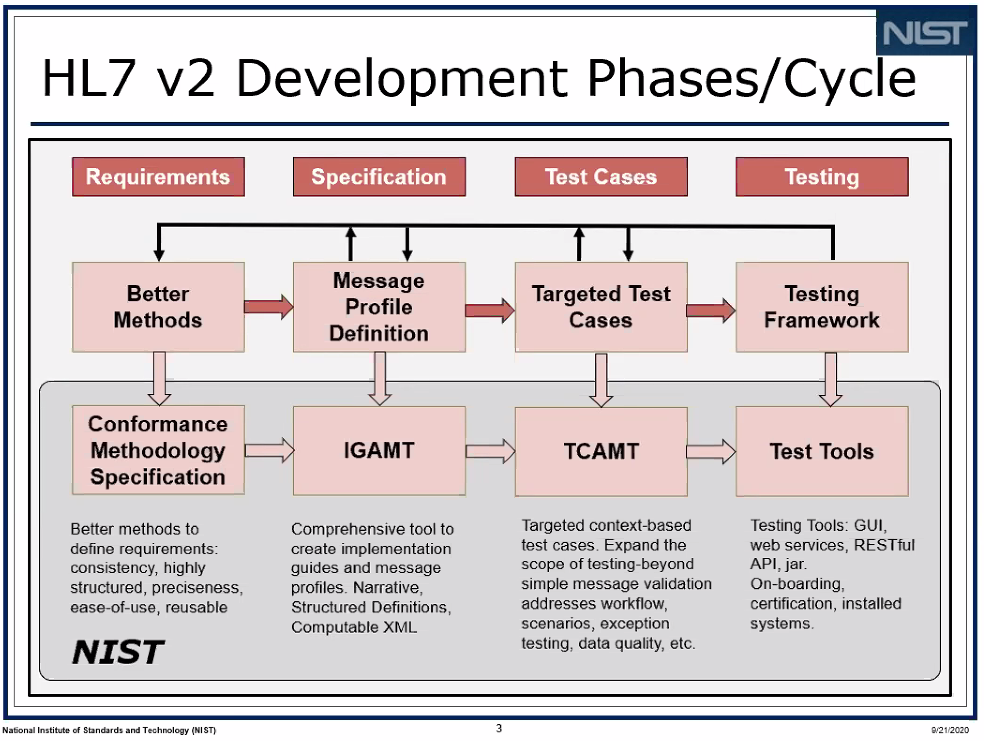 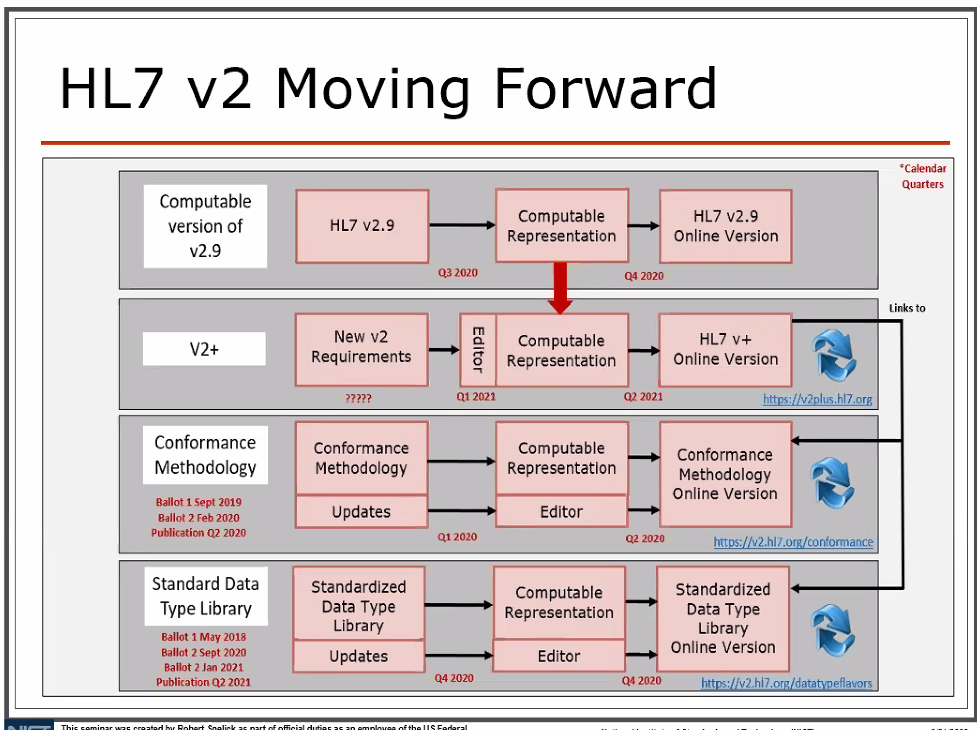 Making HL7 v2 standard documents computable has been a big push. In the beginning the standard was documented in Microsoft Word document. Later there were some computable artifacts from a database that Frank Omig created. Moving forward we want to move the Word document into an online computable version. Similar to what the FHIR standard has. This will be HL7 v2+.

When it's more computable: Produce entire standard all over again. Do a differential between versions.

The conformance methodology is now a stand-alone from the HL7 version. It applies to all versions. 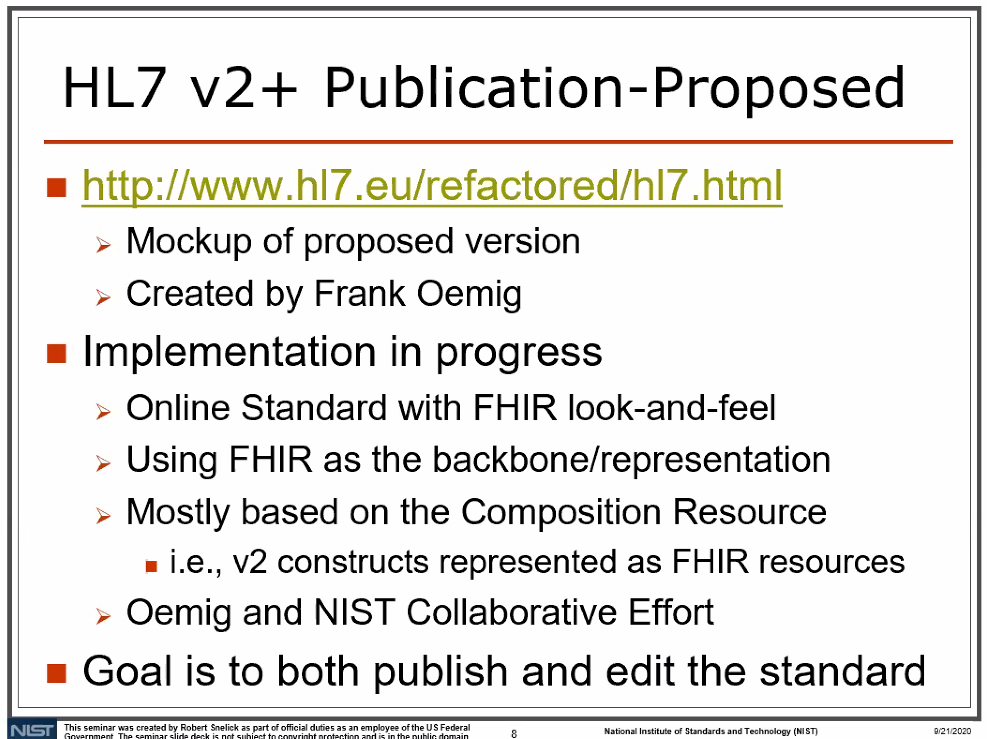 Not only publish an online version but be able to edit it. 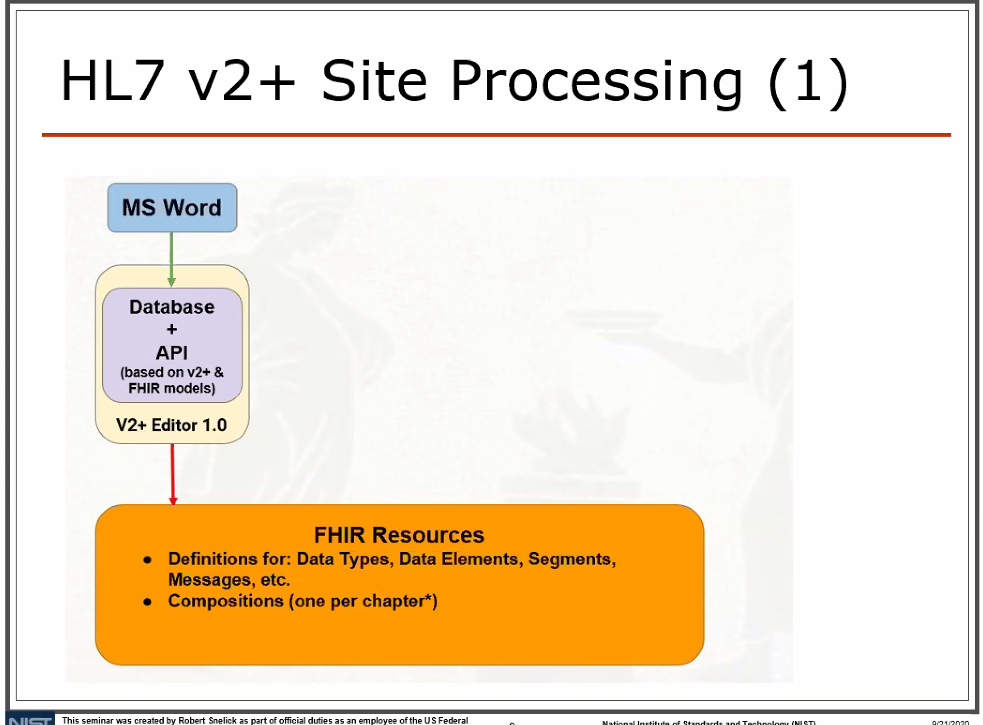 Showing the process of converting the MS Word documents. 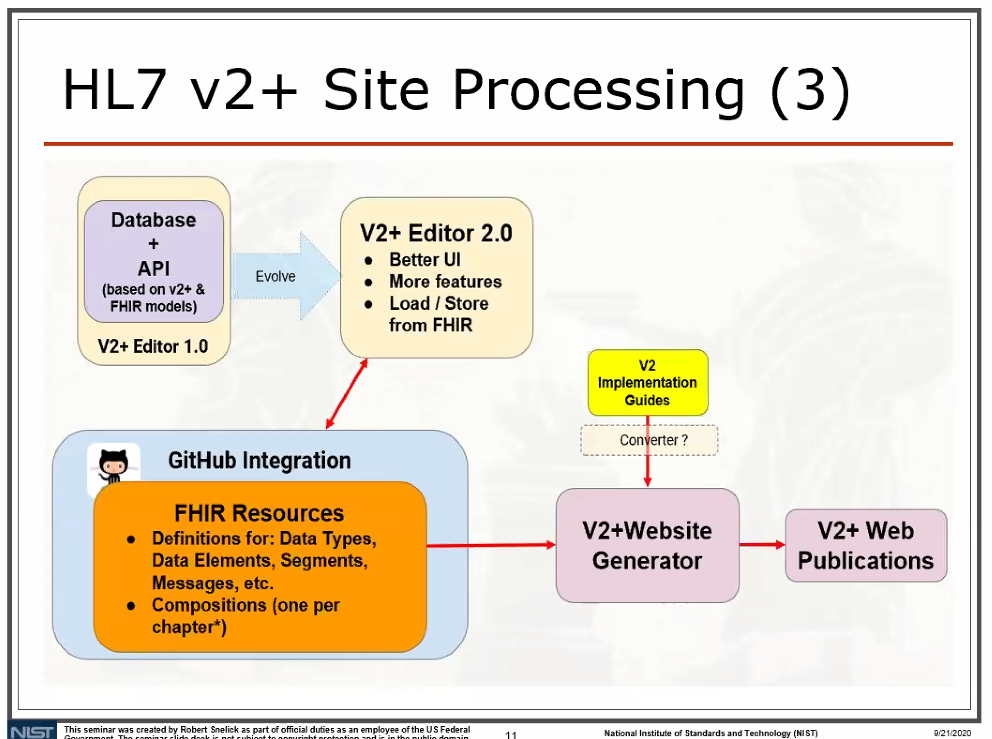 Showing the new process with how improvements will be moved through. 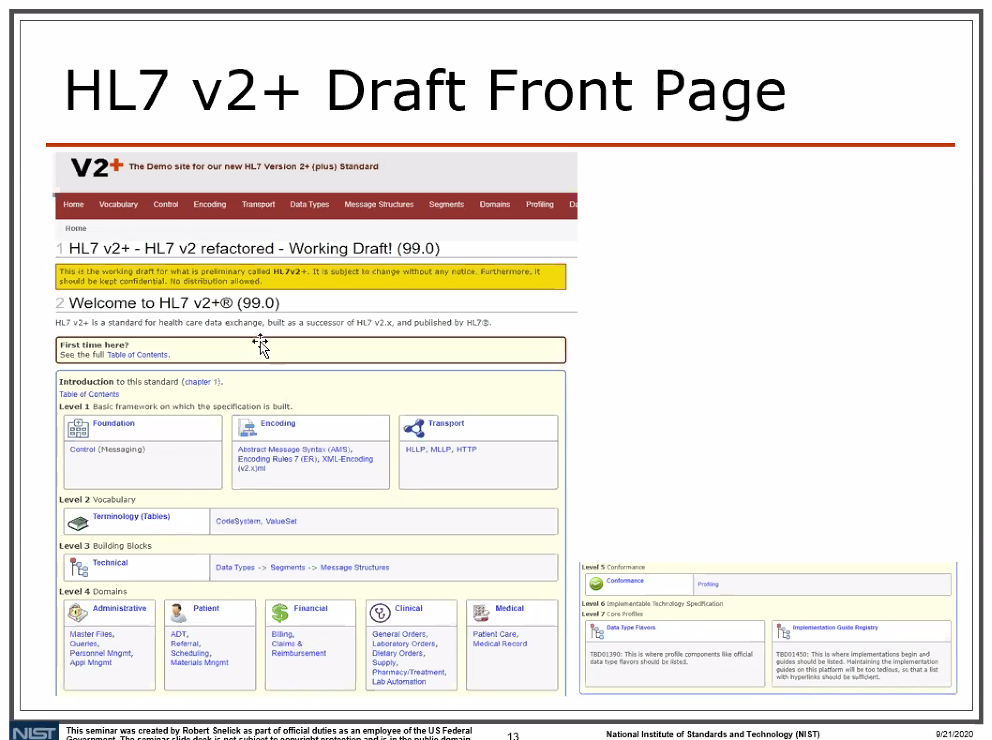 Showing the new layout for HL7 v2+. It looks a lot like FHIR, so should be easier for FHIR experts to navigate. Be able to link to Conformance concepts and Data Type Flavors.

We have been looking how to best represent this information. Word format was much more linear, but on the webpage we can go top-down. There will be a different organization than the paper version. There is thought going into how to better organize this.

Concluding the update for V2+. 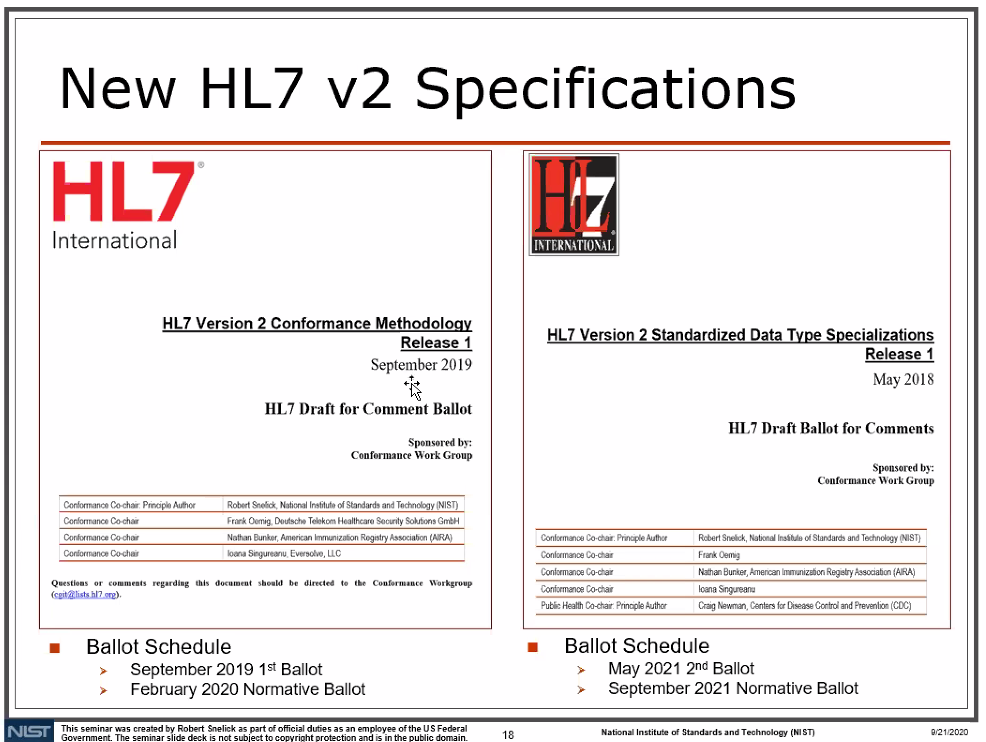 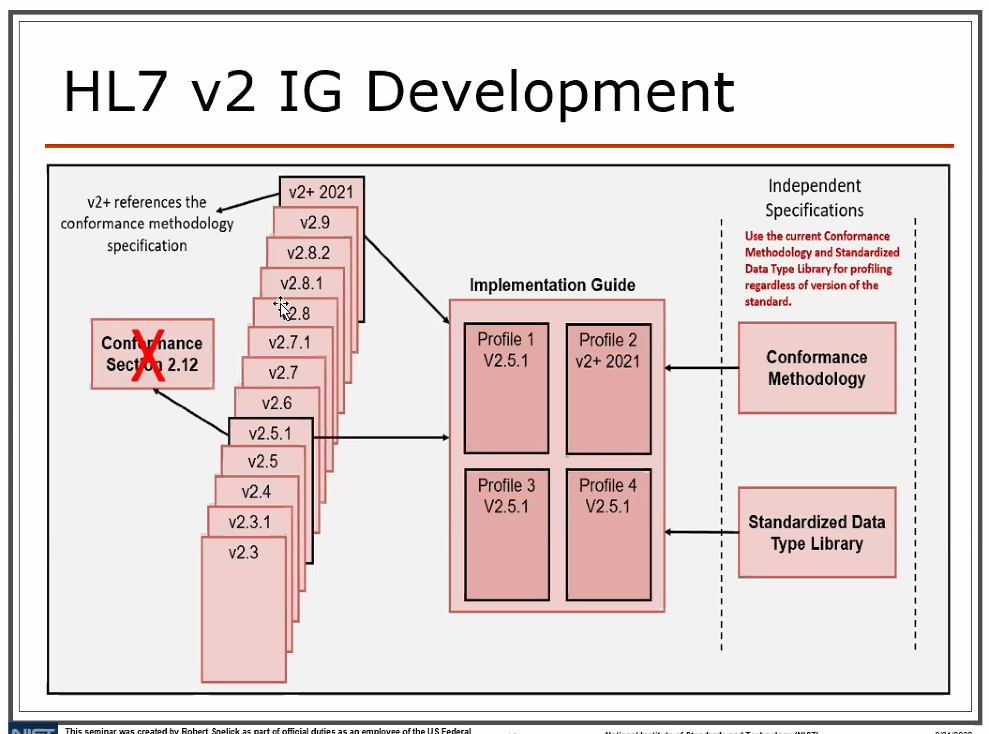 Pulled out conformance from the guide publication and it now exists external to the HL7 v2 standard release.

Profiling is about the expression of your requirements, it does not itself constrain what is on the wire.

Looking to make draft ready for an official version by this fall/autumn. 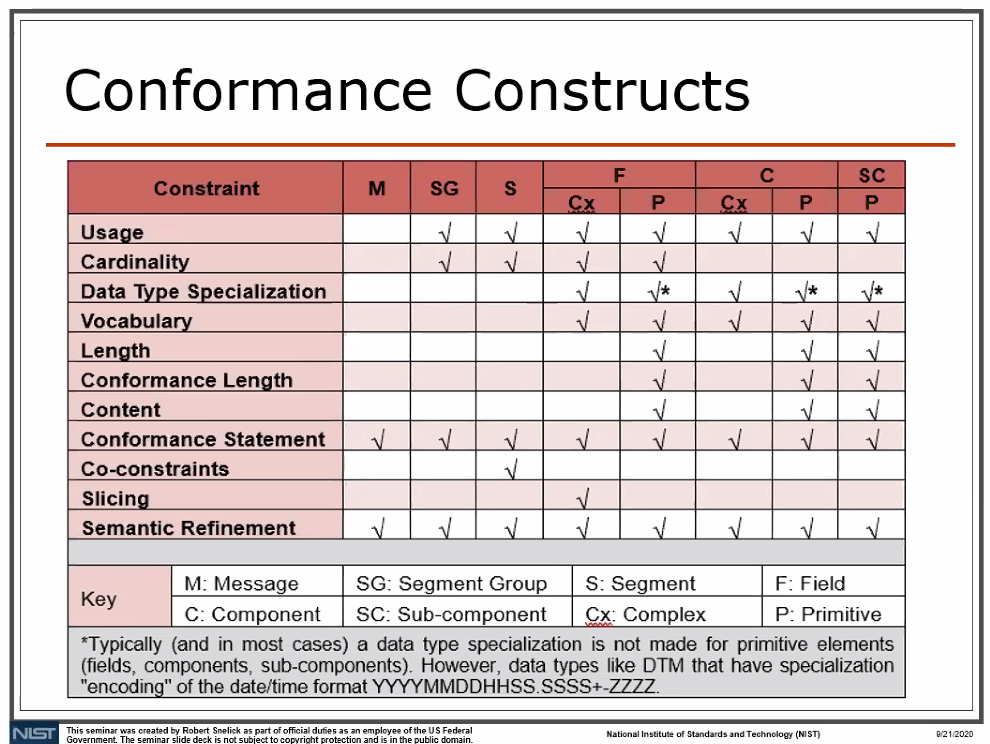 Older standards used conformance statements which are not always computable. Encouraging use of computable conformance constructs. 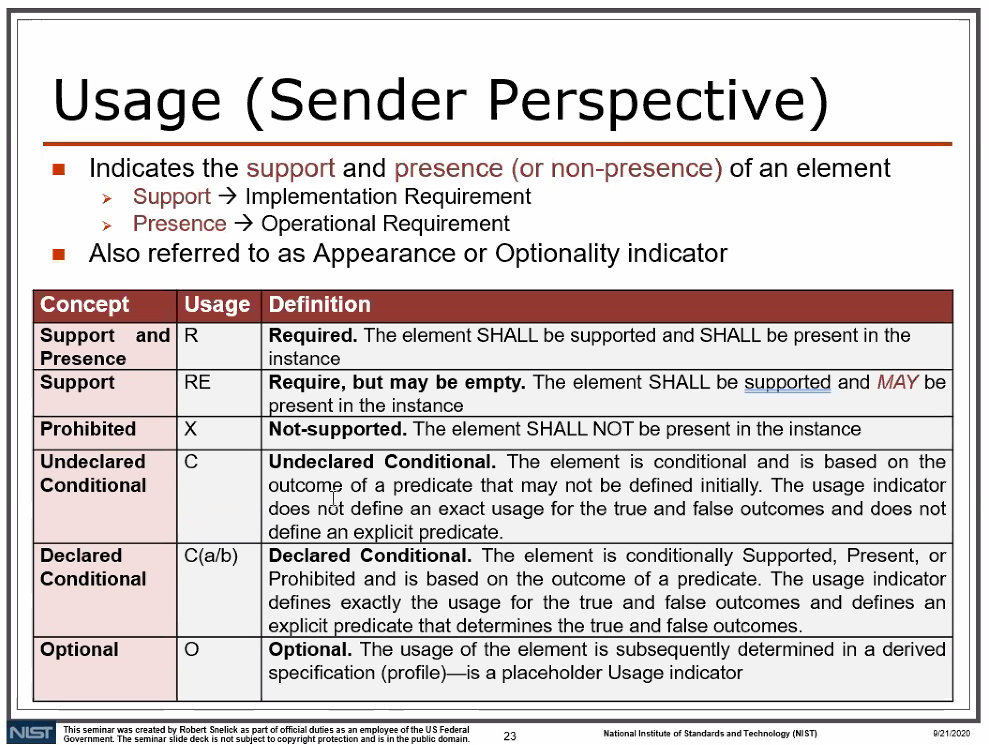 Precise definitions are needed. Defining the conditional is important, in older standards this was very vague. Now conditionals can have an exact answer and the cardinality based on that answer is specific. For example C in some unspecified situation turned into C(RE/O) when a specific condition is met. 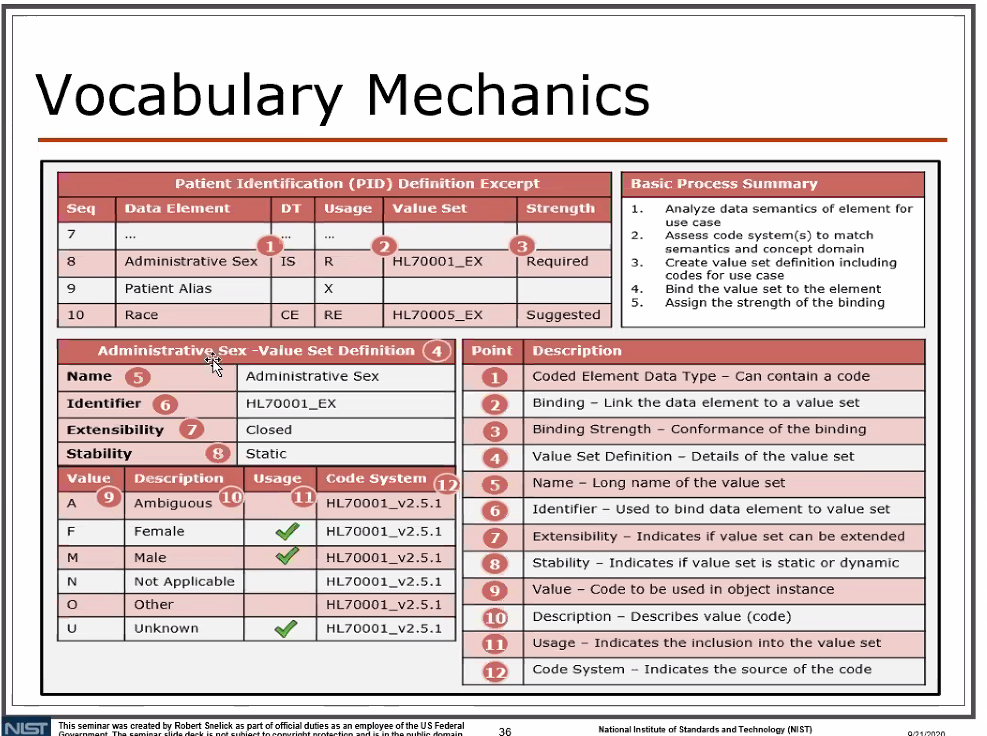 There was no way in HL7 v2 to originally specific exactly which vocabulary terms would be included and which would not. This new mechanism allows for exact specificity. 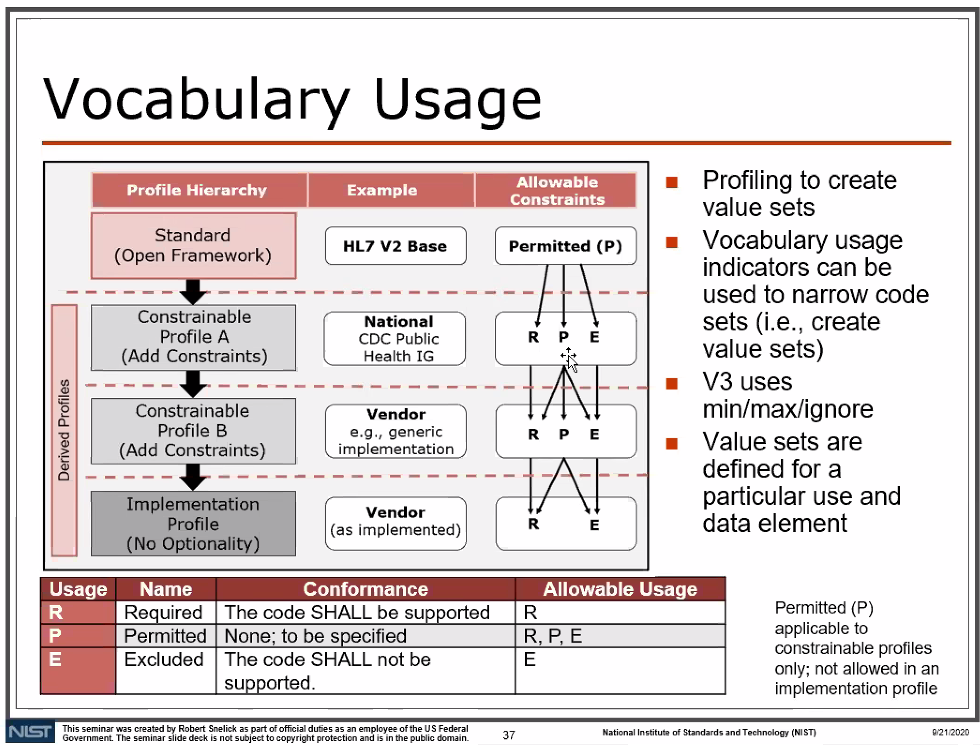 Talked about pre/post-adoption. It can be done.

Taking questions from the group.

A handful of people write the specification, but many more people implement. This breaks if every implementor can take the spec in