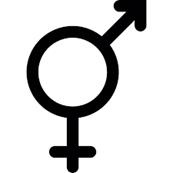 AKA: The Sexy Project

This is project born of the ongoing frustration the ideas encompassed by "sex" and "gender" have never been easy to capture consistently within health models. Those terminologists among us have always said this topic was the quintessential example that proves "terminology is hard." This project is going to try use some tried and true approaches to how we model information (data elements, value sets, code systems) and use them define/harmonize some aspects, likely not all, for representing sex/gender. This project will result in a balloted informational document that will define use-context collections that also include appropriate value sets. These artifacts can then be associated with model elements using binding parameters that are informed by the metadata the project will identify with each use context.

The project must take into account actual user needs and include end user communities, including the international community. Communities such as DiVinci, HSPC/CIIC, Argonaut, IPS, pharmacy, the LGBTQ community and many others. Importantly we must walk that fine line of allowing multiple approaches to very similar things without requiring harmonization from the outset, yet we will harmonize if at all possible.

We expect that once completed, the set of use-contexts, currently called sex-gender types, can be used to clarify that certain existing model implementations actually intend users to assume one sex or gender entry actually represents multiple distinct sex-gender types that can in fact have different values that use the same code. For example, a single "sex" field that at data entry time is perceived to mean "current gender identity" but is then subsequently used to represent "current phenotypic organ clinical sex." In that case thew initial choice of "M" may in fact properly be represented as "F" for the latter use.

Link to the Vocab Q4 minutes where this was discussed

Some folks suggested we try a different name to ensure communication makes it through e-mail filters.  Please list any suggested project names here:

New DIGSY - New Discrete Interoperability for Gender and Sex, yo.

Every other Monday 4pm ET using

LOINC definitions of Sex and Gender

Health Standards Collaborative Approaches to Terminology for Gender and Sex